Nestled between the distant mountains of Valencia and the Mediterranean Sea, the Candela jewelry house was founded over seven decades ago by the three Candela brothers in Valencia, Spain. The company name was Candela Hermanos, and it quickly became one of the world's largest manufacturers of karat gold jewelry in that region. For several generations the Candela family has been at the forefront of European jewelry design and manufacturing.

The success of Candela is credited to the expert craftsmanship and attention to detail. The name "Candela" is synonymous with fine Spanish jewelry. With this heritage, it is no wonder that daughter Andréa, was inspired to create the Andréa Candela Collection of fine jewelry.

In 1979, Candela Hermanos expanded to the United States under the name Candela Jewelry Inc. Andréa, while still involved in the family business, passed design responsibility to the design team in the United States to carefully analyze the markets worldwide. Today, Andréa Candela brings customers beautiful jewelry that is universally acknowledged to be among the most innovative and finest available. 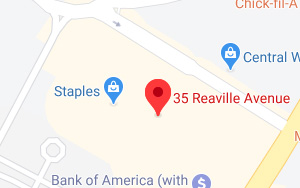